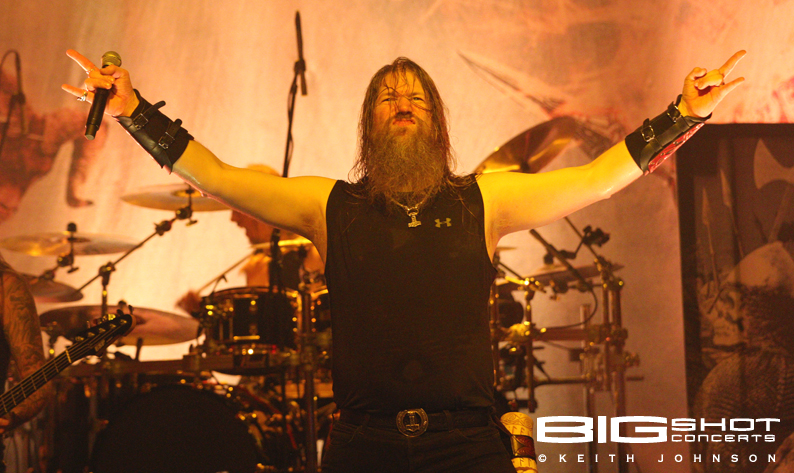 Swedish death metallers Amon Amarth sailed into Revolution Live to raise hell and play a killer set of rock -n- roll. This band of vikings is made up of burly lead singer Johan Hegg, tattoo covered bassist Ted Lundström, battle axe shredders Johan Söderberg and Olavi Mikkonen along with heavy hitting Fredrik Andersson on drums. The venue was packed with a rambunctious horde who came out to see the band on tour in support of their Deceiver of the Gods album. While the Norse deities may have been fooled, there was no denying the fans what they came to see: an all-out metal assault fueled by guttural growls and snarls, booming bass lines, piercing guitar riffs and ferocious drum beats. Set to a backdrop of iron-clad warriors and an image of Thor riding off in a chariot pulled by rams, Amon Amarth belted out a dark set of tracks that included “Father of the Wolf,” “Death In Fire” “Guardians of Asgaard,” “Twilight of the Thunder God,” and “Warriors of the North.”

Throughout the night, frontman Johan Hegg told the crowd he was in pursuit of vikings — and had found them in Ft. Lauderdale. Like a good Scandinavian, he raised a horn and drank … honoring the vikings in attendance. 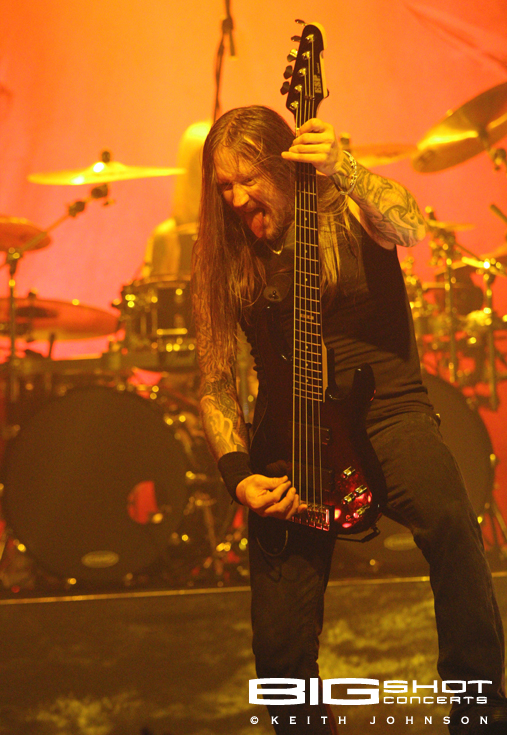 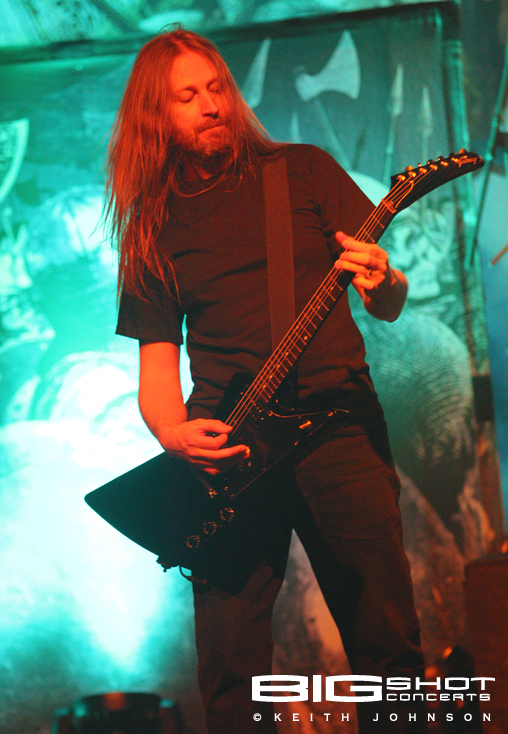 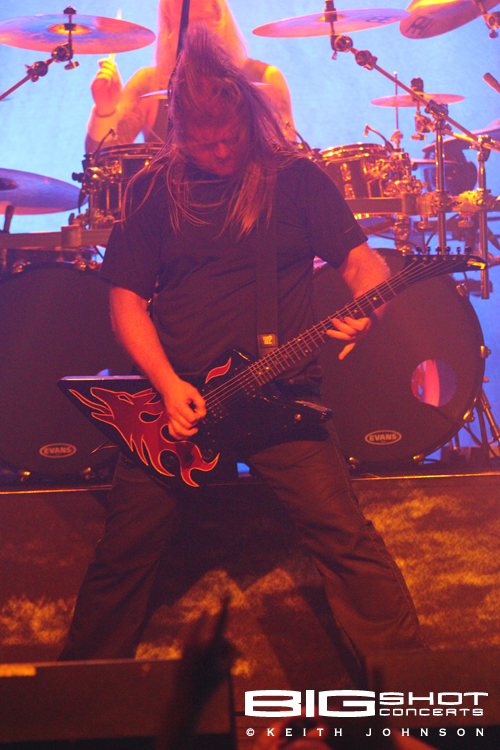 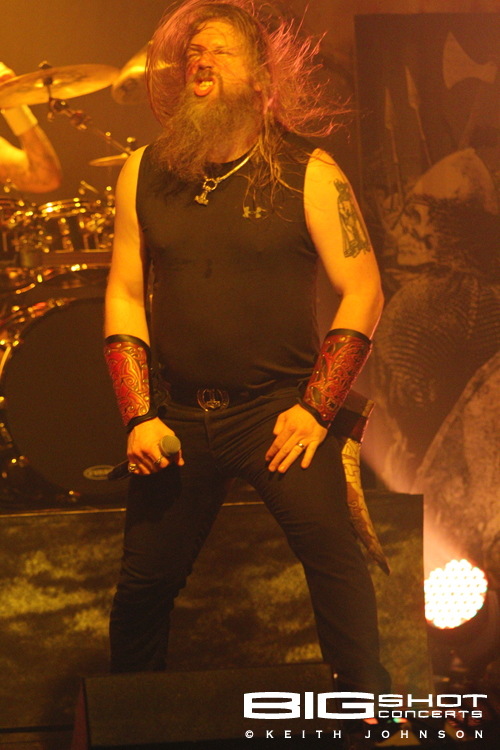 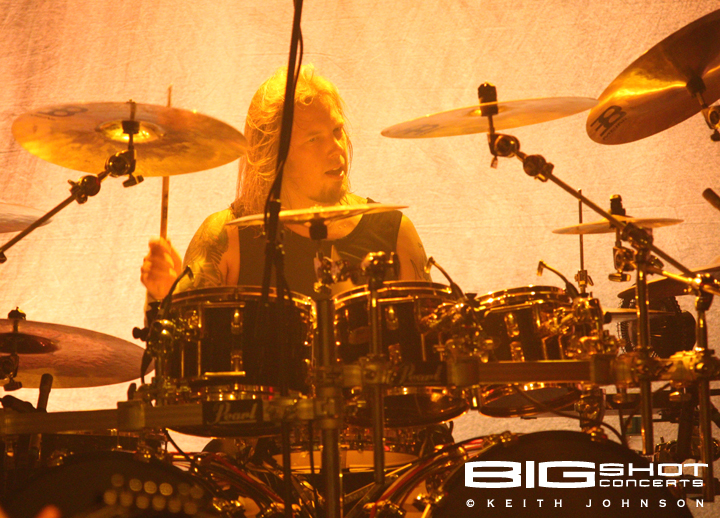 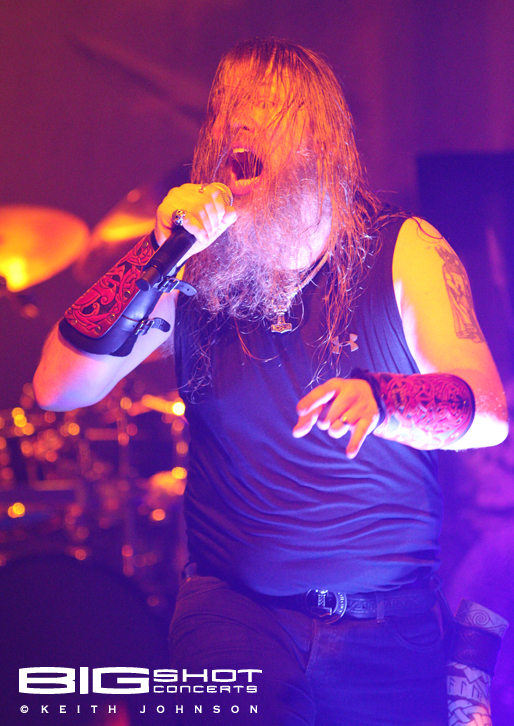 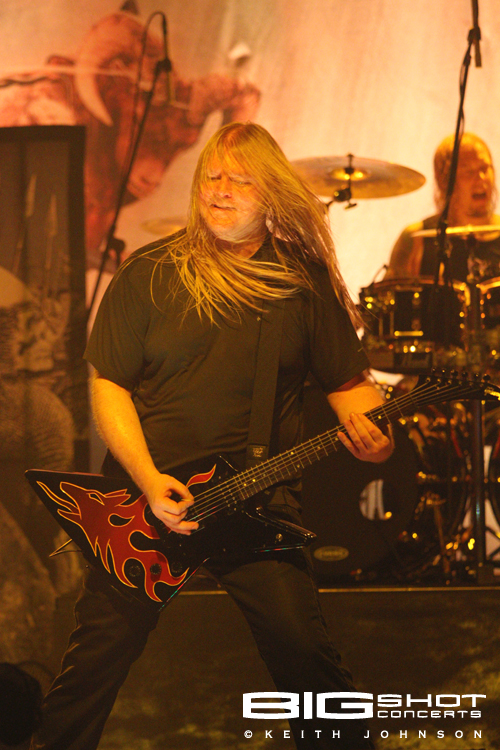 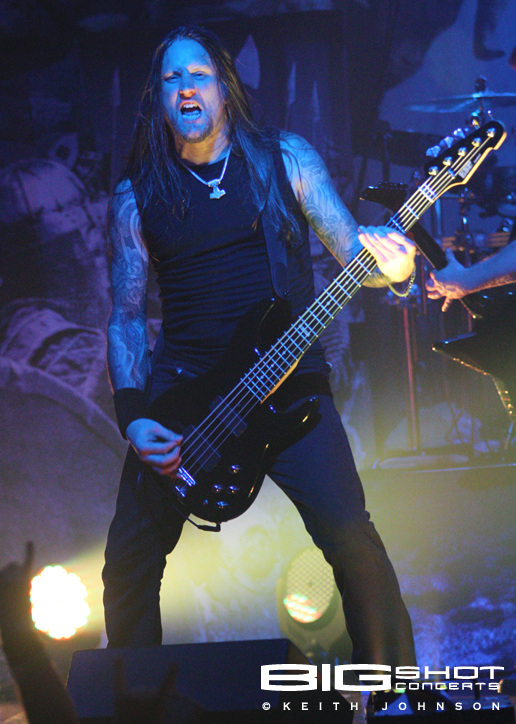 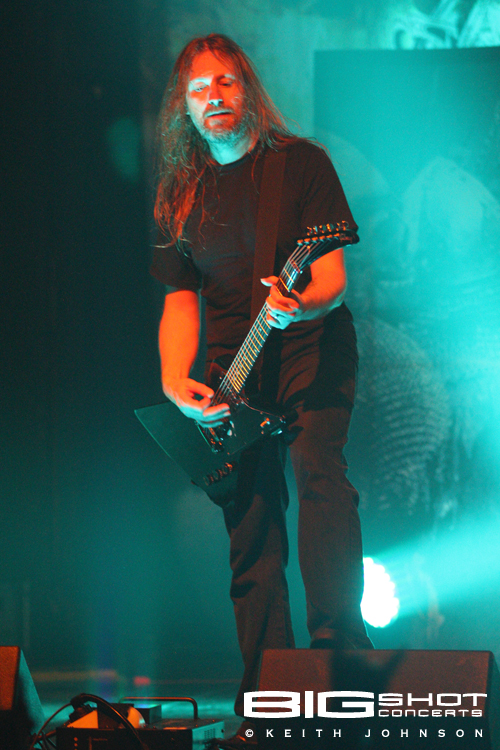 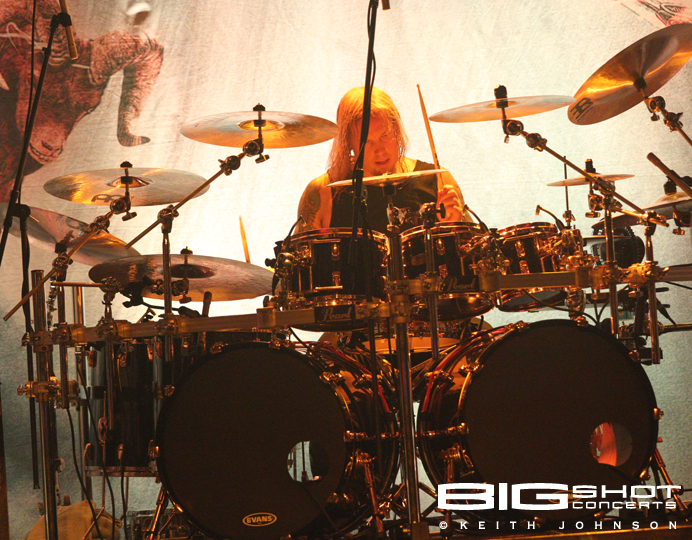 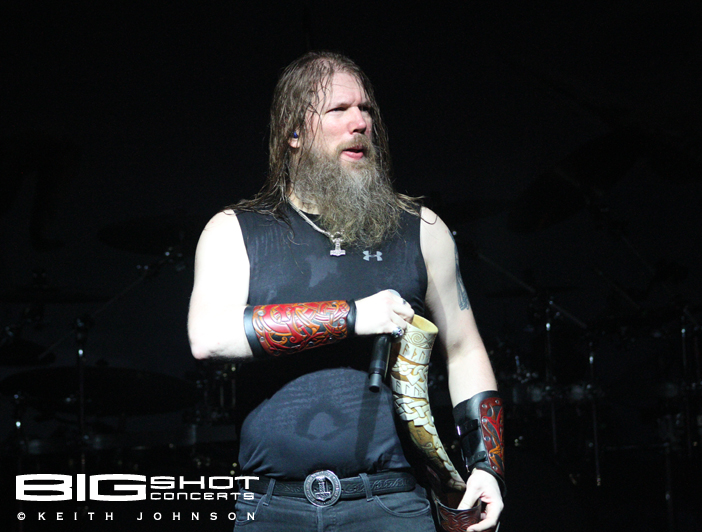 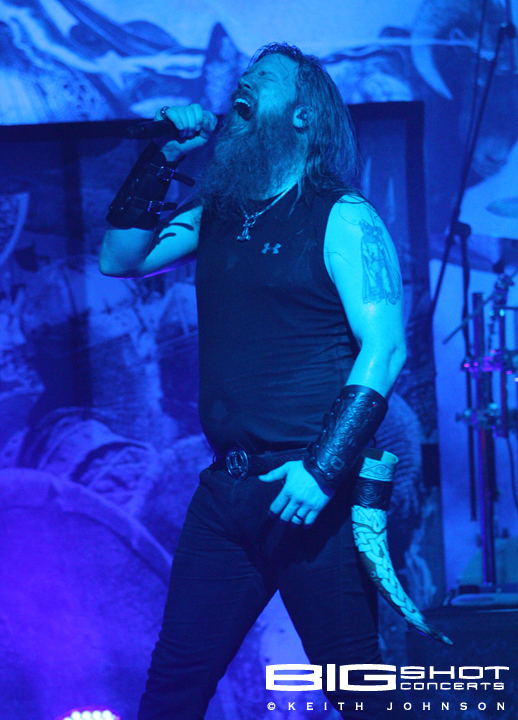 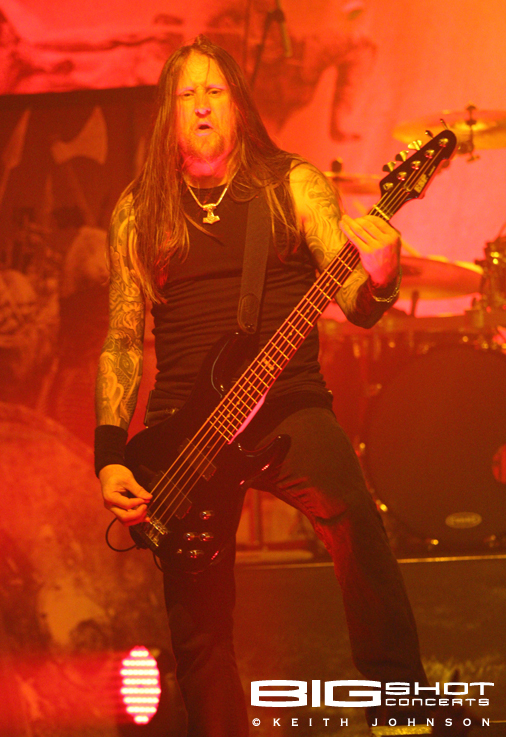 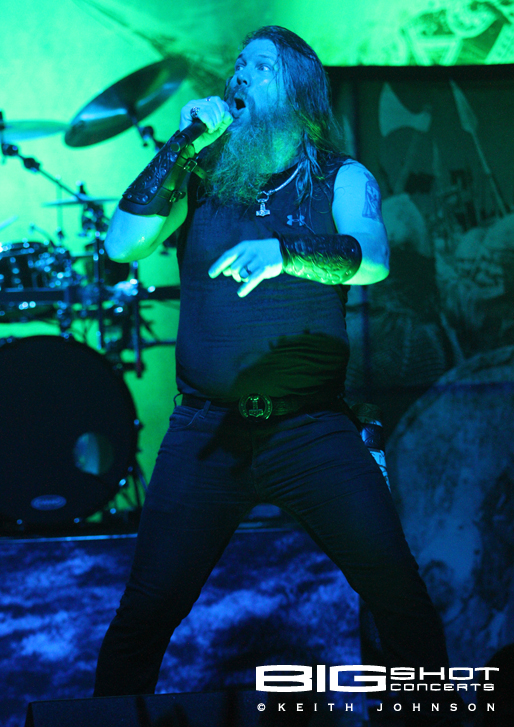