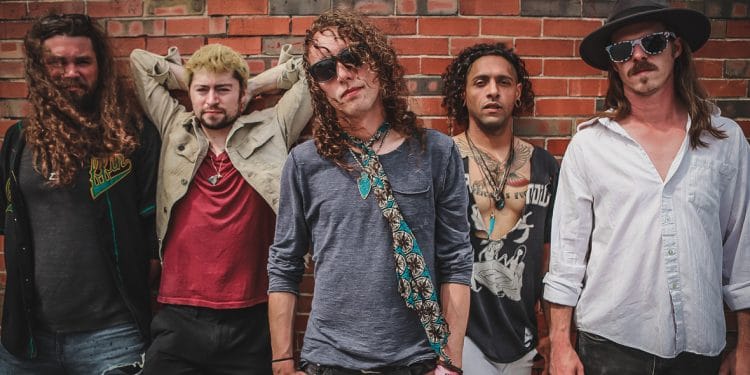 Alternative rockers Aeir sign with Perkins Palace Records, the label owned by Stephen Perkins (Janes Addiction). Hailing from Columbus, Ohio, the band has released their new single “Smoke ‘Em If You Got ‘Em” to all major platforms.

“I spent 18 months looking for the right band. The first time I heard the band I wanted to know their story and let the world hear their story and their music. I am excited to tell the world about the band” says Stephen Perkins.

“We wrote ‘Smoke ‘Em If You Got ‘Em’ during the midst of the pandemic. The song is a take on the smoking guns of American politics; big pharma, the oil industries and big corporations, as well as the collective feeling of defeat experienced by a majority of Americans at the time. We shot the video with Paul Cunningham at the Ohio HD location, tracked it with Jacob Mooney and had it mastered with Mazen Murrat. All with the intent of capturing the angst of the climate at the time and also the raw energy of our live set. We are all super happy with its outcome,” says the band.

Aeir is made up of three local Columbus, Ohio, bands; Coya Hill, The Turbos and Personal Public. Before COVID-19 hit, the drummer and singer of The Turbos toured 160 self-booked shows in 2019. When the pandemic hit, The Turbos and friends Coya Hill and Personal Public came to an end, but the bands were still able to connect and form something great together. Even with the world facing so much uncertainty regarding the global outbreak, the newly formed group did not sit idly by but instead got straight to work. During the major lock-downs across the world the band wrote over 40+ songs. Out of the many songs they wrote, they decided on 8 of their favorites for an upcoming release in the future. Their new single “Smoke ‘Em If You Got ‘Em” was tracked and mixed by Jakob Mooney and mastered by Mazen Murrat at Katara Studios.

When talking about his label Stephen Perkins says, “Why now? I think with all my experience and hunger to help bands and artists grow, it is a perfect time to cross the bridge to plant the seeds for new artists. I am a label for artists! Artist first!”

The band is in the process of booking live shows in 2022.