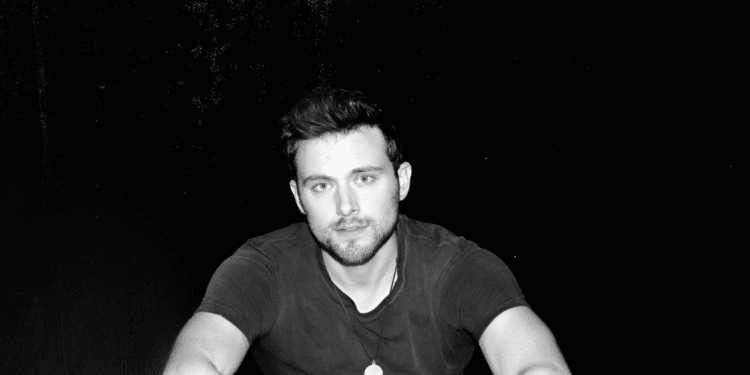 LA-based Alt-Pop artist Alt Bloom releases his latest single “Tired,” his first release of 2021. (Stream HERE ). Singing “We are living longer, but are we living at all?” Ethan Thompson (aka Alt Bloom) pulls inspiration from the frustrating and overwhelming feeling of being ‘sick and tired’ over a relationship that went sour.

“To me, the song is about being tired of the emotions that stem from a broken heart,” Ethan states about the inspiration behind “Tired.” “There’s a mosaic of memories in there from different heart breaks of mine.”

Since the release of his debut EP Astronaut Complex and taking 2020 by storm, Alt Bloom has accumulated over 26 Million total streams, received features on Billboard, American Songwriter, F L A U N T, and more, and released a hit collaboration with LA rapper gnash with “text talk touch” (listen HERE ). “Tired” is the latest from the LA-based Montana native and marks a new chapter for the singer/songwriter. Last year while in quarantine, Alt Bloom opted to turn to music and find new ways to connect with his audience when the rest of the world was shutting down — whether it was putting out acoustic tracks and unreleased music on Soundcloud or hosting ‘Tribe Tuesdays’ on his Instagram and TikTok. When he wasn’t connecting with fans or spending time in nature, he was in the studio writing and recording music for this new chapter of his career.

“ Quarantine was a mixed bag of feelings, ” Ethan remarked on 2020. “ I was bummed to not be able to tour my first EP, but I was happy to be home in Montana recording music in my childhood bedroom. It brought me back to my roots and gave me a chance to get even closer to my fans – now dubbed ‘the tribe’. We all lifted each other up during the most locked down of times. ”

About Alt Bloom:
There is something intrinsically unique about multi-instrumentalist and lyricist Alt Bloom. With his seamless blend of alternative and timeless singer/songwriter pop, Alt Bloom has made himself known for crafting songs that encourage his listeners to escape; tracks that infuse dreamlike introspection paired with atmospheric melodies and, of course, Thompson’s signature tongue-in-cheek wordplay.

Hailing from Montana and now based in LA, Alt Bloom first became entranced with music when he created a handmade songbook for his piano teacher when he was just seven. Since then, he’s been crafting and honing both his sound and songwriting, finding inspiration in his own eclectic group of influences—from Tom Petty to Oasis to Red Hot Chili Peppers to Mac Miller. Alt Bloom’s ability to genre-bend and lean into a variety of genres has found him collaborating with top producers such as John Hill (Portugal The Man, Imagine Dragons, Cage The Elephant), The Monsters & Strangerz (Maroon 5, Rihanna, Dua Lipa, Nick Jonas), Oak Felder (Lizzo, John Legend, Alessia Cara), and hit rapper gnash, to name a few. This genre-defying has materialized through a slew of hit singles that has garnered support from the likes of Ones to Watch, Hype Machine, Billboard and more.

Alt Bloom’s debut EP Astronaut Complex, which was released earlier this year, highlights Thompson’s musical journey to date; a collection of songs that showcases his knack for confessional, relatable storytelling while also mastering his own distinct laidback sound.

With over 26 million streams to date and an acclaimed debut EP, Alt Bloom is gearing up for the next stage of his career — something the singer/songwriter likes to compare to mountain hiking; a never-ending journey of creating impactful music that makes both Thompson and his dedicated listeners feel as if they are on top of the world.
http://altbloom.com/
https://www.facebook.com/AltBloom
https://twitter.com/AltBloom
https://www.instagram.com/altbloom/