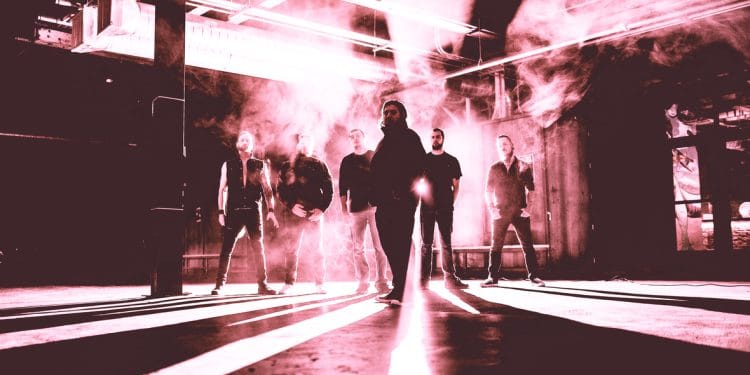 3 Years Hollow released their brand new single “Breaking Sound” to all major platforms via Imagen Records today along with the official music video.

“We are extremely excited to get new music out to our fans. We are grateful to be in a position where we are able to record and release music in a time where some artists are struggling more than ever. The song “Breaking Sound” is the most recent song we’ve written as a group and I’m definitely looking forward to hearing what everyone thinks!” -says the band’s lead vocalist, Jose Urquiza.

3YH has been on the Rockstar Uproar tour and shared the stage with the likes of Godsmack, Sevendust, Papa Roach, In This Moment, Avatar, Red, Nonpoint, Gemini Syndrome, and many others.

Over the past decade, the group has solidified itself as one of the Midwest’s most incendiary and infectious young acts. Their breakout independent single “Remember” charted at #1 on Octane, while “Chemical Ride” eclipsed 1 Million YouTube views. In 2014, 3 Years Hollow supported The Cracks (Imagen Records) with three (3) singles, all which cracked the Active Rock Top 40 chart and the Billboard Mainstream Rock Top 40 chart.

December 2021 brings new music with the single “Breaking Sound” through Imagen Records (ADA/Warner Music). It’s a song that continues the 3YH tradition of real life honesty. “The song ‘Breaking Sound’ is the most recent song we’ve written as a group and I’m definitely looking forward to hearing what everyone thinks!” adds Jose. Ultimately, 3 Years Hollow constantly keeps the listeners in mind with that honesty. “Everything I write about is a completely personal experience or something I’ve witnessed or experienced myself,” he concludes. “I want to give everybody something real.”